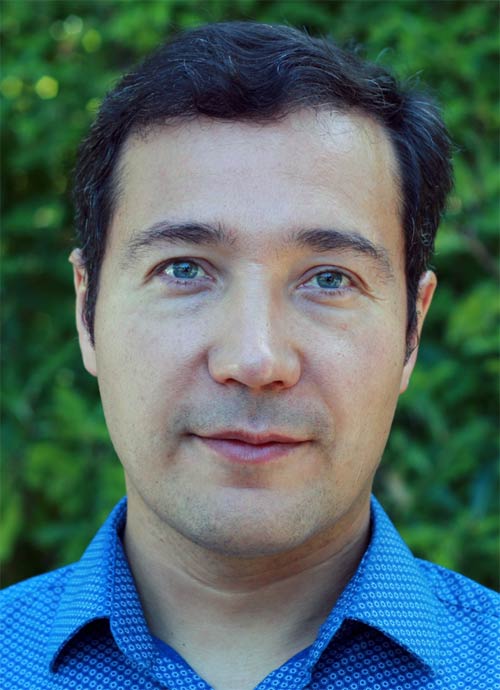 I am a video coding engineer who has actively participated in video codec standardization and contributed to development of modern video codecs, such as HEVC/H.265 and AV1. I have also worked on real-time video encoders, HDR video processing algorithms, and cloud based video encoding for OTT streaming.

I hold a Ph.D. degree in Signal Processing from Tampere University of Technology, Finland and currently work at Netflix as a Senior Research Scientist in Video Algorithms. I am also a co-chair of the AOMedia Codec Working Group. My expertise includes signal processing, video compression, video processing, High Dynamic Range (HDR) and 3D video. One of my recent interests is machine learning.

SVT-AV1 video encoder and decoder, that our team at Netflix have been jointly working on with Intel, OSS community, and other contributors, has been adopted by the newly formed Software Implementation Working Group (SIWG) in AOMedia as the reference software. More details here.

Check out my post on the AV1 decoder model. Most modern video codecs have some form of a decoder model, sometimes called a VBV or HRD depending on the codec. Decoder models improve interoperability and provide a decoder with instructions on when to start decoding a frame to be able to display it on time. The post describes some basic AV1 concepts and the AV1 decoder model. It also explains the connection between the decoder model and the system of AV1 profiles and levels, and provides some reasoning behind the decisions made when developing the model. More details here.

Check out our latest results on the open source SVT-AV1 encoder and decoder framework, which our team has been contributing to since August 2018. Finally, the compression performance caught up with the moving target of the libaom, the AV1 reference software. The results are reported in Netflix Tech blog post.

Speaking at Demuxed 2019 on SVT-AV1 project

Check out my talk at Demuxed 2019 on Netflix involvement in SVT-AV1 video encoder development.

The talk summarizes Netflix involvement in this open-source project and gives some insights on why we have chosen to participate in it. I also mention some SVT-AV1 architecture and the performance relative to libaom.

A new application of neural networks is a learned image compression where a network is used as an image/video compression engine or a restoration filter (see CLIC workshop at CVPR 2019). These approaches are often characterized by significantly longer decoding time compared to traditional image and video codecs.

However, neural networks can also be used for making video encoding faster. In collaboration with Somdyuti Paul and Prof. Alan Bovik from UT Austin, we have published an arXiv article on speeding up a VP9 encoder by using a Hierarchical Fully Convolutional Network (H-FCN).

Our approach allows to speed up VP9 intra-frame encoding by more than three times at the expense of 1.71% higher bitrate at the same quality. The neural network has been trained on a variety of Netflix movie and TV-content. The article and GitHub repository contain more details including the CNN training code and the modified VP9 encoder.

Next steps are extending the approach for inter-frame prediction and including perceptual quality metrics for improving coded video quality.

We have presented an open source SVT-AV1 encoder, the project our team have been contributing to since August 2018.

Our motivation for participating in this project is explained at the Netflix Tech blog post. The project will include an AV1 encoder and decoder in the same code base to facilitate easier experimentation and research on video compression technology. Join us on GitHub, your contribution is welcome!

Have a look at our tech blog on performance comparison of video coding standards.